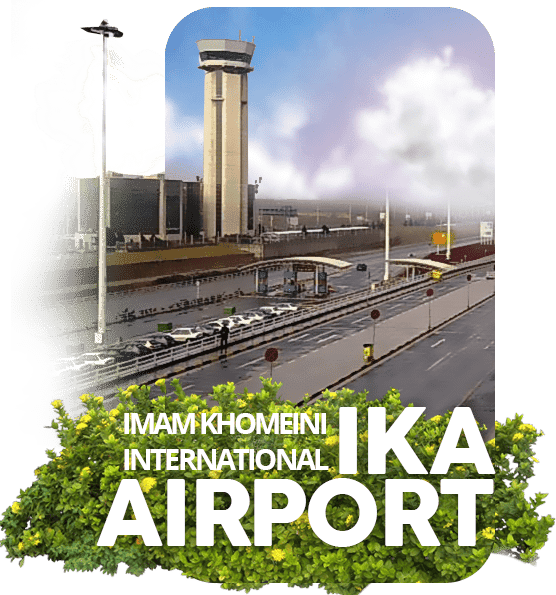 Imam Khomeini International Airport was put into operation in 2005 and with the start of its activities, international flights from Tehran to Mehrabad Airport were transferred to this airport. Following the unique mission of this airport in the country’s transportation network and its high profitability, with the aim of increasing non-aviation revenues in Iran and strengthening the country’s position in air transport, logistics and transit of passengers and cargo, according to the fifth plan. Development of the country, Imam Khomeini International Airport became the airport city of Imam Khomeini (RA) with an area of ​​14,000 hectares and Imam Khomeini Airport City Company started its activities in December 2015, as one of the subsidiaries of the Ministry of Roads and Urban Development. Imam Khomeini Airport City is an international business center centered on Imam Khomeini International Airport. Located on the historic Silk Road connecting Asia and Europe and the location of the airport city in the East Asia – Central Asia and Asia Economic Corridor. West of the New Silk Road as one of the key crossing points, benefiting from the existing transportation networks in Iran, its proximity to the Iranian capital and national trade, as well as benefiting from the free trade and special economic zone from the attack of unique advantages This is a complex. In Imam Khomeini Airport city with an annual transportation capacity of 10 Millions of passengers, more than 40 reputable airlines are active. Reputable foreign airlines include Lufthansa, Austrian Airlines, Qatar Airways, Aeroflot, Emirates, Turkish Airlines, etc. Also, domestic airlines Iran Air, Mahan, Aseman, Qeshm, Meraj, etc. are active in this airport.

In recent years, people have used cars more than other vehicles for domestic and suburban traffic, and now the use of car rental services in Iran has become an important part of travel. If you are looking for a unique and unforgettable experience of driving a different car, if you are planning a memorable trip, if you have traveled to Iran and need a car during your stay, or if your car is not usable for any reason, you can take action during this time. Do not rent the car you need. With a large fleet of cars, the Sweech has gained a leading position in the car rental industry. The benefits of car rental from the sweech are very special and distinct and according to international standards, provides car rental services throughout Iran and the world. With the expansion and establishment of a fixed station at Imam Khomeini Airport and other cities in Iran, the sweech, in order to satisfy customers, offers a wide range of cars in economy class to luxury car rental services without driver, with driver and transfer to customers. It is worth mentioning that no special conditions are required for renting a car, and by presenting identification documents and obtaining valid job documents, you can rent the car you need with easy conditions all over Iran, including renting a car in Istanbul, renting a car in Turkey, renting a car in Dubai and others. Rent stations. Car rental prices vary based on the number of rental days, car model and type of contract.

Airport facilities: Internet access, CIP formal services, lounges, food court, currency exchange, airport hotel
There are several ways to get to and from this airport and other places across the country. These methods include: personal car, car rental at Imam Khomeini Airport, taxi, subway
Sweech Iran is also the first and only car rental company in Iran that has a station at Imam Khomeini Airport. You can get the car you need at this station in the shortest time.