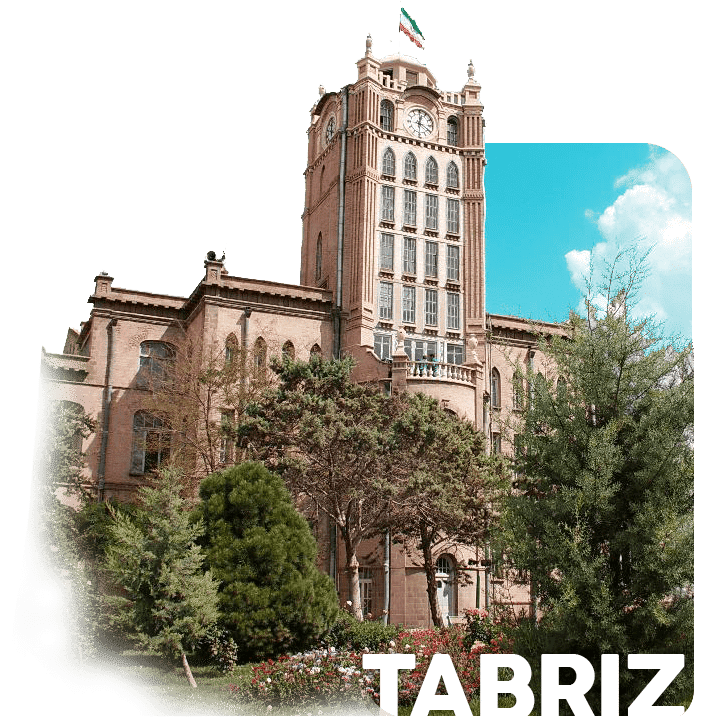 Tabriz, the city of dreams, is the capital of East Azarbaijan province, which is an ancient city and dates back to about 4500 years ago. Tabriz was the first capital of Iran during the Safavid period and the crown city of Qajar, which has many natural attractions due to its proximity to the paradise of Sahand. The language of the people of this city is the sweet language of Azeri. Every year, many tourists travel to Tabriz. Apart from many places of interest and good weather and beautiful nature of this Azeri city, this city, like the Kish Free Zone, has its own unique features. By renting a car in Tabriz, you can travel cheaply and have cheap access to the border of Jolfa, which has been welcomed by many travelers today, who can easily go sightseeing and enjoy shopping by renting a car at Tabriz Airport. Having a very rich history, it contains many historical monuments, which unfortunately, many historical monuments of Tabriz were destroyed in the frequent invasions and attacks of foreign forces, the negligence of the ruling governments, as well as natural disasters such as earthquakes and floods. What is left now is mostly related to the Ilkhanids, Safavids and Qajars. Some of the historical monuments are unique architectural masterpieces, such as the Citadel of Tabriz, the Blue Mosque or Jahanshah, the Museum of Azerbaijan, the Tomb of the Poets, and so on.

One of the most prominent points of anyone’s trip to Tabriz is sightseeing in its market. Tabriz Bazaar has an area of ​​one square kilometer and is the largest indoor market in the world. One of the most beautiful markets in Iran, which is also a UNESCO World Heritage Site. The bazaar was of great commercial importance during the Silk Road and then flourished during the Safavid dynasty. After the bazaar, Il Goli Park is one of the places that all travelers go for sightseeing, which is 7 km away from the center of Tabriz. By renting a car in Tabriz, you can easily visit this beautiful park and have fun. take. Another place that is highly recommended for travelers is to visit the beautiful village of Kandovan, which is a natural stone and dug village that is 2 hours away from Tabriz, and travelers can visit Kandovan village by renting a car in Tabriz. A rocky and mysterious village nestled at the foot of the Sahand volcanic mountain. This village is one of the rare examples of rock villages in the world, whose people still live in stone houses called Kran, and travelers feel that Kandovan Tabriz is a living example of human adaptation to the extremely unusual natural environment. Arasbaran forests, Aoun Ibn Ali mountain park . Are other attractions of Tabriz that give a wonderful view of the city of Tabriz to the visitors of this city, so considering that these beautiful areas are far from the city center to explore Transition in beautiful Tabriz By renting a car from the switch in Tabriz, record a memorable trip from Tabriz and visit these areas as well.

In recent years, people have used cars more than other vehicles for domestic and suburban traffic, and now the use of car rental services in Iran has become an important part of travel. If you are looking for a unique and unforgettable experience of driving a different car, if you are planning a memorable trip, if you have traveled to Iran and need a car during your stay, or if your car is not usable for any reason, you can take action during this time. Do not rent the car you need. With a large fleet of cars, the Sweech has gained a leading position in the car rental industry. The advantages of renting a car in Tabriz from a sweech are very special and different, and according to international standards, it provides car rental services in Tabriz from a sweech and throughout Iran.

Sweech with the expansion and establishment of fixed stations in Tabriz and other cities of Iran, in order to satisfy customers by offering a wide range of cars in economy class to luxury driverless car rental services in Tabriz, car rental with driver in Tabriz and transfer to customers. It is worth mentioning that special conditions are not required to use the sweech services, and by providing valid identification documents, you can rent the car you need with easy conditions throughout Iran, including car rental in Tabriz, car rental in Tehran, car rental in Isfahan, rent a car in Kish and other stations. The price of renting a car in Tabriz varies based on the number of rental days, car model and type of contract.

Rent a Car in Tabriz

If you are planning to travel to Tabriz or you need a cheap car to do your daily work, renting a cheap car in Tabriz from Sweech is the best choice for you. Have a car in Tabriz. In addition to car rental services without a driver in Tabriz, you will be accompanied by additional services such as car rental with a driver in Tabriz and transfer. Take delivery to any other desired point in Tabriz and then refund at any other station throughout the country. Sweech in Tabriz gives you this privilege to receive your car in the shortest time and without worrying about traffic restrictions and to any part of the city. Travel to Tabriz or the country, also all cars with basic insurance coverage for free and a daily distance of 300 km in all car classes are provided to customers. The necessary documents for renting a car in Tabriz and other cities are equal and you only with A call ‌ You can find out the price of renting a car without a driver, renting a car with a driver and the conditions of renting a car in Tabriz.

The sweech has a station in Tabriz. You can rent your car from Tabriz Airport sweech Station.

sweech services in Tabriz are provided in the form of car rental with driver and without driver.