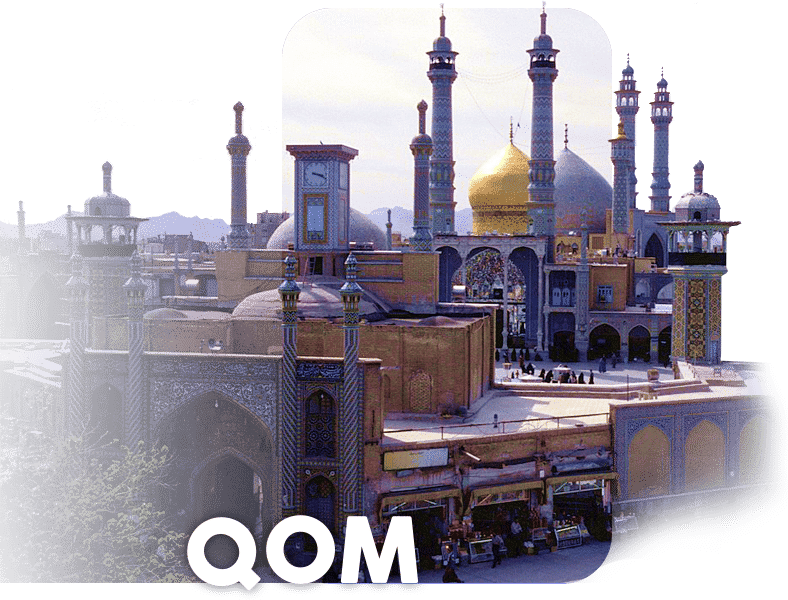 Qom is one of the religious cities of Iran and one of the Shiite bases. According to some Iranologists, Qom is one of the oldest settlements on the Iranian plateau and dates back to pre-Islamic times. The history of Shiism in Qom dates back to the migration of the Ash’arite family from Kufa to this city in the first lunar century. The burial of Imam Masoumeh (AS) in Qom and the subsequent migration of Imamzadegan and Sadat, turned this city into a Shiite base. According to a hadith from the Prophet of Islam (PBUH), the reason for naming this city Qom is that its people help Qaem Al-Muhammad (AS) in the uprising. In narrative sources, this city is also mentioned with descriptions such as the shrine of Ahl al-Bayt and a piece of Jerusalem. In some sources, hadiths have been narrated about the virtue of Qom and the status of its people; Among other things, Qom and its people are superior to other creators of authority when the absence of Imam al-Zaman (as) leads to his reappearance.

According to a narration narrated in some Sunni sources from Abu Musa al-Ash’ari quoting Imam Ali (as), Qom is known as the city of the companions of Hazrat Mahdi (as) and the place where Gabriel landed on the day he was sent to the people of Lot, where Water boils and whoever drinks it will be safe from pain and with the same water Jesus made a flower in the shape of a bird and Hazrat Mahdi (pbuh) bathed in it and from there came the ram of Ibrahim, the staff of Moses and the ring of Solomon. Qom is the residence of most imitators living in Iran. The largest seminary in Iran and the seminary management center is also located in this city. Students from different regions of Iran and other countries study in the seminary of Qom. Preachers from the seminary of this city are sent to other countries. A number of Iranian government officials have also spent time in Qom. Many Shiite scholars, kings, imitators and elders are buried in Qom. From the Safavid period, some of the dead were transferred from other cities of Iran to Qom. Zakaria ibn Adam, Ali ibn Babavieh, Ibn Qalwiya Qomi, Ali ibn Ibrahim and Qutb Ravandi are buried in Qom.

Rent a car in Qom

If you are planning to travel to Qom or you need a cheap car to do your daily chores, renting a car in Qom is the best choice for you. In addition to driverless car rental services in Qom, you will be accompanied by additional services such as car rental with driver and airport transfer. Take delivery in Qom and then refund at any other station throughout the country. Car rental in Qom gives you this privilege to receive your car in the shortest time and without worrying about traffic restrictions and go anywhere in Qom or Travel the country, also all cars with basic insurance coverage for free and a daily distance of 300 km in all car classes are provided to customers. The necessary documents for renting a car in Qom and other cities are equal and you can with just one call From car rental prices in Sar Find out about car rental in Karaj, car rental in Kerman and car rental in Abadan.