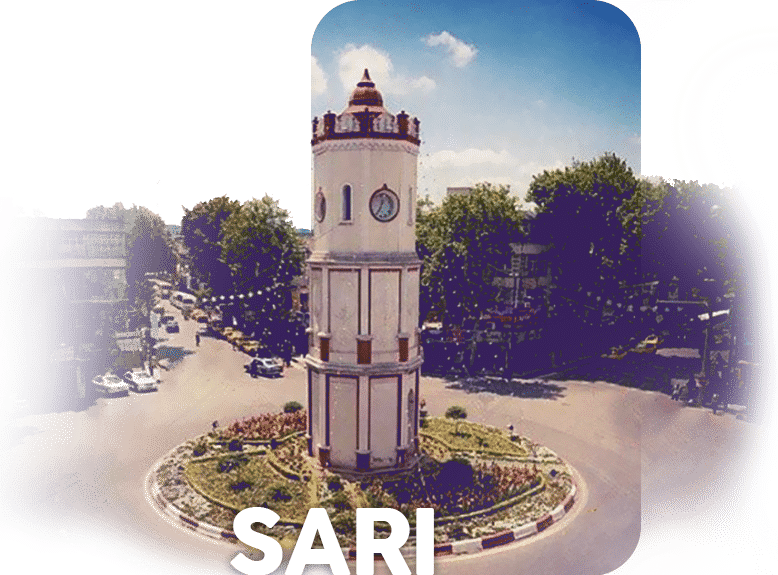 The city of Sari, the capital of Mazandaran province, is one of the most beautiful tourist cities in the north. The spectacular attractions of this city attract thousands of travelers and tourists to this region every year. The historical antiquity of this city of Mazandaran dates back to thousands of years ago. From the unique nature to the wildlife sanctuaries, the beautiful slopes of the Alborz Mountains and the favorable weather conditions, all have made this city very popular with travelers. The city of Sari in Mazandaran is not only a tourist attraction for travel, but also is selected as a target city for migration to the north due to its convenient facilities and very favorable weather conditions. Most people who are looking to buy a villa in the north think about the areas around the city of Sari. The local food of Sari and its special souvenirs are very attractive to travelers and tourists. The beauties and sights of Sari city in Mazandaran are diverse. If you want to know more about this tourist attraction in the north, stay with us.

The people of Sari are called Sarawi. The city of Sari, located in the foothills of the Alborz mountain range, has two plains and foothills and its height is up to 54 meters above sea level. The climate of Sari city is temperate and humid in summers and relatively cold and dry in winters. The city, with its mountains, forests and sea, usually has a temperate and humid climate. Although Sari has milder weather compared to other cities of Mazandaran, but according to the statistics of recent years, rainfall in Sari has decreased. The foreign population of Sari is small. The majority of the people of Sari are of the Tabari ethnicity and speak the Sarva dialect, which is a dialect of the Mazandaran language. The majority of the people of Sari are officially Muslims and follow the Twelver Imami Shiite religion.

In recent years, people have used cars more than other vehicles for domestic and suburban traffic, and now the use of car rental services has become an important part of travel. If you are looking for a unique and unforgettable experience of driving a different car, if for You are planning a memorable trip, if you have traveled to Sari and need a car during your stay, or if your car could not be used for any reason, during this time you can rent the car you need. Sweech with a large fleet of cars , Has gained a leading position in the car rental industry. The benefits of car rental from the sweech are very special and different and according to international standards, provides car rental services in Sari and throughout Iran.

Rent a car In Sari

If you are planning to travel to Sari or you need a cheap car to do your daily chores, renting a car in Sari is the best choice for you. In addition to driverless car rental services in Sari, you will be accompanied by additional services such as car rental with driver in Sari and airport transfer. Deliver another desired item in Sari and then return it to any other station throughout the country. Car rental in Sari gives you the privilege to receive your car in the shortest time and without worrying about traffic restrictions, and anywhere in Sari city. Or travel the country, also all cars with basic insurance coverage are provided free of charge and a daily allowable distance of 300 km in all car classes are provided to customers. The necessary documents for renting a car in Sari and other cities are equal and you have only one You can call from Find out the price of car rental in Qom, car rental in Karaj, car rental in Kerman and car rental in Abadan.