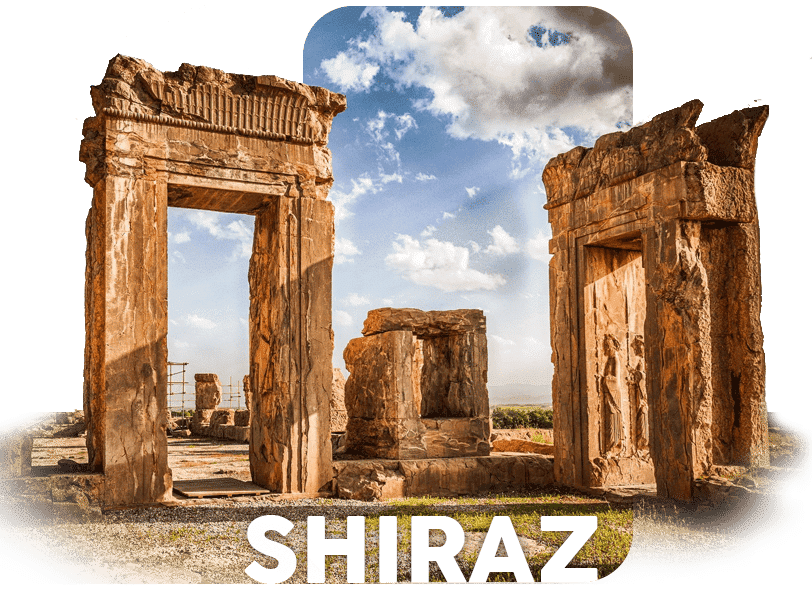 Shiraz is a city of poetry and literature, a beautiful and historical city and even a legend in Iran, which has been the cradle of culture and beauty for a long time. This beautiful city, which is located in the center of Fars province and in the south of the country, is like a piece of God’s paradise that has been pledged to human beings on earth, which is known as the city of poets, daffodils and lovers among the people. The beauties and cultural and historical monuments of this great city attract many tourists every year and it is definitely one of the destinations of foreign tourists. Jamshid, Pasargad, Quran Gate, Saadi Tomb, Hafez Tomb, Shah Cheragh, Vakil Bazaar, Vakil Mosque, Nasir Al-Molk Mosque, Jahan Nama Garden, etc. It is convenient to visit all these places with your time management.

Eram Garden, which is one of the masterpieces of Iranian architecture and has been registered in the list of national monuments of Iran and UNESCO, the soaring cedars, citrus trees and waterfalls of this garden, as well as the mansion hall with two pillars are very spectacular. Water passes directly through this hall and covers the colored tiles of the walls and the floor of the hall, which can be seen as tiles from the architecture of the Sassanid and Achaemenid periods in some parts of the garden. Persepolis of Shiraz is a symbol of the ancient civilization of Iran and mankind that it is impossible for anyone to hear the name of Persepolis and not talk about the greatness of the kingdom of Iran. Persepolis was the first civilized Iranian city to be built by Darius the Great. The Achaemenid dynasty conquered half of the world and formed one of the largest kingdoms in the world. After several thousand years, the symbol of human civilization and Iran can still be seen well. Many foreign tourists travel to Shiraz with the priority of visiting Persepolis, and since it is approximately 50 km away from the city of Narges, you can rent a car in Shiraz to visit Persepolis and feel the depth of Iranian civilization. Pasargad is another area to visit in Shiraz. The ancient complex of Pasargad, which is a relic of the glorious Achaemenid period, is located in the city of the same name in Fars province. Among the historical structures of this place, we should mention Pasargad Mosque, Pasargad Royal Garden, Gate Palace, Public Bar Palace, Private Palace, Two Pavilions, Cambyses Tomb, Mozaffari Caravanserai and the fountains of the Royal Garden; But without a doubt, its most prominent attraction is the tomb of Cyrus the Great, formerly known as “Mashhad of Solomon’s mother”. The Pasargad complex is a UNESCO World Heritage Site, and since it is located 130 km from Shiraz, you can rent a car in Shiraz to visit Pasargad and visit the tomb of Cyrus the Great. As mentioned before, the sights of Shiraz are so many that can not be explained on one page, and therefore it is emphasized that by renting a car from the sweech in Shiraz, you can pick up your car at the time of arrival and with time Visit all these places right and record the good feeling of this beautiful city with good weather in your mind so that the desire to visit the city of narcissists again in your life will come alive in you every year.

Rent a car in Shiraz

If you are planning to travel to Shiraz or you need a cheap car to do your daily chores, renting a car from a sweech in Shiraz is the best choice for you. In Shiraz. In addition to car rental services without a driver in Shiraz with additional services such as car rental with driver and transfer will be provided. Get another one in Shiraz and then return it to any other station throughout the country. Sweech in Shiraz gives you this privilege to receive your car in the shortest time and without worrying about traffic restrictions and go anywhere in Shiraz or Travel the country, also all cars with basic insurance coverage for free and a daily allowable distance of 300 km in all car classes are available to customers.

The necessary documents for renting a car in Shiraz and other cities are equal and you can find out the price of renting a car without a driver, raincoat and car rental conditions in Shiraz with just one call.