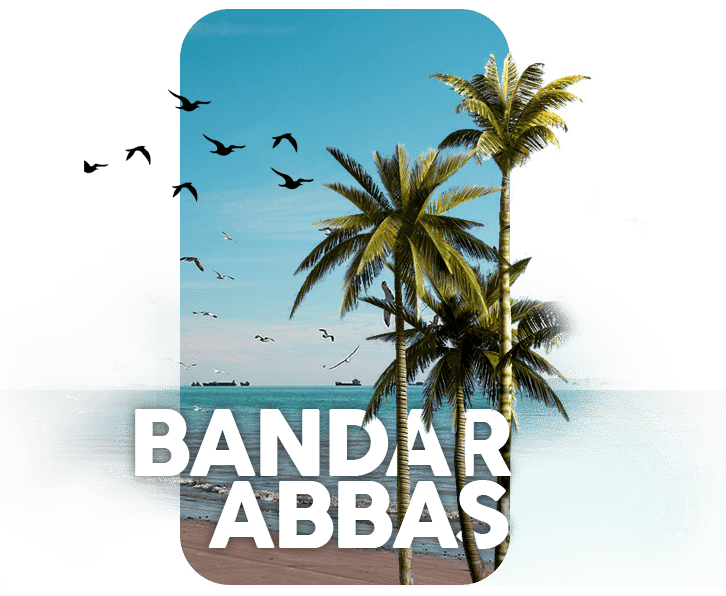 Bandar Abbas, formerly known as Bandar Gambron, is one of the most important centers of economic and commercial activities in the country. Therefore, many people migrate to this city to find work. Autumn and winter are the seasons to go and travel to the south of the country. Balanced climate, many attractions, clear waters of the Persian Gulf, warm-hearted people and many other reasons are all reasons to go to Bandar Abbas in Hormozgan province for an unforgettable trip, and by renting a car from the sweech, you can enjoy traveling in Bandar Abbas. Double the attractions of Bandar Abbas, including places such as the Hindu temple, Gno spa, herd mosque and bath, Fin Castle, pergola, etc. By renting a car in Bandar Abbas from Iran Sweech, we can visit our sightseeing Let’s start with the temple of Butegoran or the Hindu temple, one of the historical monuments of Bandar Abbas, which is located in the center of the city on Imam Khomeini Street.

The building of this old temple was built in 1210 (lunar) by the then ruler of Bandar Abbas, from the collection of Hindu gifts, by Indian merchants. The design of this building is completely influenced by the architecture of Indian temples. This beautiful temple is one of the few historical landmarks of Bandar Abbas that attracts the attention of every newcomer. The second attractive place that we suggest to visit by renting a car in Bandar Abbas is the Gnu Spa spring in Gnu Mountain. This spring is located at a distance of 34 It is located one kilometer northeast of Bandar Abbas. This spring and its surrounding areas are a suitable and spectacular place for family vacations and recreations. Although the climate of Hormozgan province is hot and humid most of the year, but the environment around Mount Gnu has a temperate climate due to its high altitude. The climate of this mountain makes it easy for many tourists to travel to this area by renting a car in Bandar Abbas and spend hours there. When traveling to Bandar Abbas, do not forget to visit the herding bath. Which is the only historical bath in Bandar Abbas and is one of the sights of this city. The bath dates back to the Qajar period and its construction dates back to the late thirteenth century AH. Zibaru has multiplied.

Rent a car in Bandar Abbas

The sweech has a station in Bandar Abbas. You can rent a car from Bandar Abbas Airport sweech Station.

Car rental services in Bandar Abbas are provided in the form of car rental with driver and without driver.